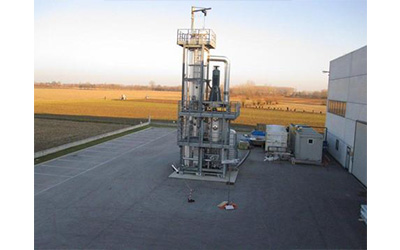 The MDR evaporator is based on the “falling film” technology as a mechanical vapor re-compression system. The waste water flows down the internal sides of the heat exchanger pipes, while the vapor produced condenses on the outside of the same pipes. 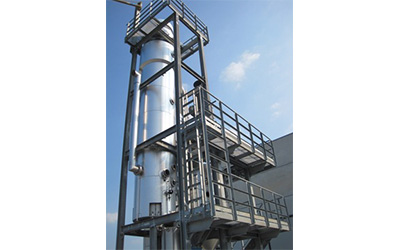 The main advantage of the falling film technique is the possibility of treating heat sensitive products with very low temperature differences between the heat exchanger and the boiling liquid.